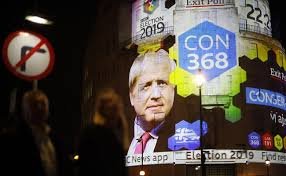 The Corbyn and Sanders' waves seemed to presage an historic breakthrough for the left. Yet both projects ultimately failed to achieve their aim of forming radical reforming governments. Defeat led to much soul searching and a plethora of post-mortems (and sometimes a search for guilty culprits). At a personal level, those defeats variously led to political withdrawal, depression, and feelings of betrayal. In this live episode of Politics Theory Other, Richard Seymour and Lynne Segal will take up the question of how the left can productively respond to political defeat.

This session will also be live on TWTtv - sign up here, for free.

Richard Seymour is an editor at Salvage magazine and the author of several books about politics and culture, including, most recently, “The Disenchanted Earth: Reflections on Ecosocialism and Barbarism.”

Alex Doherty is the host of Politics Theory Other podcast. His writing has appeared in The Guardian, Jacobin, and Open Democracy.

Lynne Segal is a socialist feminist academic, activist and author of books including ‘Radical Happiness’ (2017) and co-author of The Care Manifesto (2020)

Politics Theory Other is a podcast from Tribune magazine.